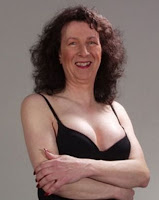 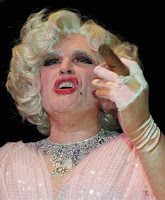 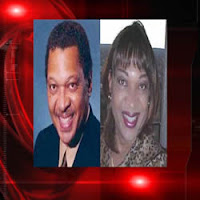 Okay, maybe the title of the article is assuming too much about the most recent mayoral figure publicly involved in some form of crossdressing (for all I know, the figure could very well have gender dysphoria and actually identify as female of one extent or another) but this topic is honestly nothing new. There's former New York City mayor Rudy Giuliani who summoned his inner Marilyn Monroe for this public appearance. Gaining some steam, but not really enough to gain a large disdain from his contemporaries. Next, there is the story of Stu Rasmussen who is actually the first openly out transgender mayor in Silverton Oregon. Stu has gained much applause from the both the LGBT community as well as the general Silverton population, even with more or less failed attempts at mudslinging primarily by conservatives and the media based off an instance of one of Stu's outfits on a hot summer day. Finally this brings us to the story of East Cleveland mayor, Eric Brewer. Controversy publicly began on Thursday 24 September 2009 when Brewer held a press conference from his office addressing recently surfaced pictures of Mayor Brewer en femme that have allegedly surfaced from Brewer's personal hard drive. Brewer, in light of the allegations, is chalking the matter to a mudslinging attempt on him by his campaign opponent, the East Cleveland Police Department (who support his opponent), and WKYC, and WOIO television stations for running and as he put "instigating" the story.

Okay, so there's most of the background, the full article ran by WOIO Action 19 News Cleveland can be found here. Now, there are several things wrong with this most recent story of Mayor Brewer (and I am not just referring to the heinous comments left by some citizens of this "fair" and "progressive" city in response). For starters, there is the way the media has covered the entire episode, using sharp, direct, negative connotations of a man in women's clothing. Instead of viewing it objectively, the chosen route was to seemingly address the entire issue of being transgender as something abominating and disrespectful. Second, there is the issue of Mayor Brewer's campaign members, addressing the entire matter as a "circus" and unbecoming. Now notice I stressed the usage of the term "entire", this is because that some of the near 40 snapshots released were of a graphic adult nature, and for photographs of that nature for any individual, rather they be trans/cis-gender, hetero,homo,bi,pan-sexual, or anything especially for a member of public office to surface would be unacceptable. That's unacceptable not on the part of actually taking the pictures (because that is up to a persons own prerogative and private life) but for; 1. not securing such documents safely, confidentially, and securely 2. the long-standing desire for exposure of persons private lives and 3. the handling of the issue by all parties if/when such information is revealed. Finally, there are the wonderfully open minded citizens of Cleveland, Ohio and it's neighboring cities. I become enraged when on any page dealing with LGBTPQQI issues and there is non objective commentary. Yes, people are entitled to their opinions, yes there is a free speech amendment (with limitations), but as in the matter of a crossdressing or transexual mayor that doesn't want such information publicly exposed, keep it to yourself. It seems as in a city so poor, but trying to move so forward into the future with proactive thinking and societal living, it is so terribly behind. Before I become further engulfed in frustration, I will leave any further commentary to the city of Cleveland to myself until further notice :)

Finally, I am anxious to see the community reaction to the recent events in East Cleveland. East Cleveland, Ohio is a predominately African American populated city in the northeast suburbs of Cleveland, Ohio. With that said, being African American and a transgender person I am really curious to see just how many bibles may or may not be thrown at this matter. I am not going to assume anything because yes, people can and will surprise you, however, once faith systems start getting into the mix, it's a whole different story. I agree with Chris Rock and his role in the film Dogma, in that it's better for people to have idea systems than belief systems, you can change your mind on an idea, but a belief, people will go to war for that. I hope that this latest issue in my backyard will turn around into an enlightening (and hopefully positive) experience for Mayor Brewer, the citizens of East Cleveland, and the city of Cleveland and it's surrounding areas. This issue may be so much more than what it seems to be about when you look at it on a larger scale, depending on how you look at it, this is not only about gender and sexuality, this is about race, politics, the media, the people, the city, the wealth, the poverty, so much more. Please share your views, praises, or criticisms-just keep it objective.

In the meantime, my Canadian flag is still waving in the background, Cleveland is not for me :)
Posted by Zoe Renee at 8:38 AM

My life plan for quite some time is to move to Toronto once I am done with my MSW, which will hopefully be in a couple of years

This is nice informative blog you posted. Thanks for sharing this and keep sharing.

Thank you, your article is very good

Your Article is no doubt very helpful for me and hope, also for the other visitors. I requested to maintain your standard. Thanks for publishing.

Your Article is no doubt most friendly for me and hope, also for the other visitors. I requested to continue your level. Thanks for publishing.