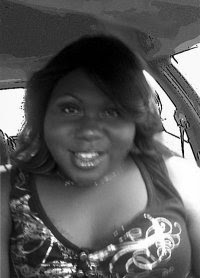 Good morning all!! Just in case you missed it, Diddy (fka P Diddy, P, Puff Daddy, Sean John, etc) has a new reality show on the MTV network called "Making His Band". Unlike his previous series; "Making the Band" this show is requires Mr. Diddy creating his own back up band. Like all musical reality series, it starts with a hefty amount of contestants in a giant open audition. Some of the contestants are snooze-worthy, boring, even dull, however, one of these contestants is by far a superstar on the rise. Her name is Jaila Simms, she is a young transwoman from Chicago, IL and unlike many of the karaoke-superstars that appeared on the premier episode, this girl has some seriously trained pipes! Sadly, yet realistically, the judges on the show go in to some serious shock and awe and horrid pronoun misusage while discussing her identity during her audition (never, ever, ever use the term "it" when referring to us! when will the world learn? maybe when more phenoms like Jaila are live in the scene, in the flesh, and in your faces, ears, eyes, etc) Anyway, let us continue our celebration of another succesfull and talented sister in our community by watching the video of her audition!

Zoe,
That is so cool to hear!

Gives me a reason to NOT ignore this latest Diddy reality show.